The Story of Spirulina 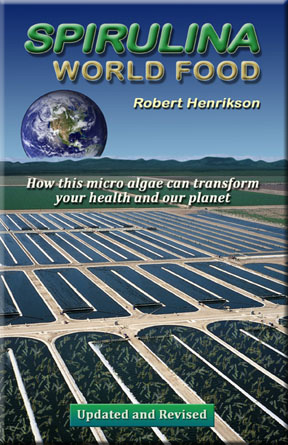 1. Original Lifeform. Spirulina is the immortal descendent of the first photosynthetic life form. Beginning 3.5 billion years ago, blue-green algae created our oxygen atmosphere so other life could evolve.

2. Human Rediscovery. Algae in historical legends, the rediscovery of human use, algae cultivation as an evolutionary step in agriculture and early cultivation.

3. Superfood Nutrition. Spirulina is called a superfood because its nutrient profile and unusual phytonutrients are more potent than any other food, plant, grain or herb.

4. Health Benefits. An international detective hunt has been underway for 40 years. Researchers in Japan, China, India, Europe, USA and other countries are discovering how and why it’s effective for human and animal health.

5. Cultivation Worldwide. Over the past 30 years, the spirulina industry has been supplied by many small to large scale farms around the world, using a wide range of algae production systems.

6. Products and Markets. In over 40 countries, tablets, powder and capsules are widely used supplements. It is an ingredient in pasta, cookies, snack bars and juice drinks, and in personal care products like skin creams and shampoos.

7. Future of Spirulina. Understanding the role of microscopic algae, the foundation of life, can help us develop restorative models of personal and planetary health.